We had a blast celebrating little Michael’s first Halloween on Tuesday!  The day started with some spooky fun at breakfast when we opened the Halloween package from my mom and dad.  Michael was very amused with the glowing ghost’s squishy texture. 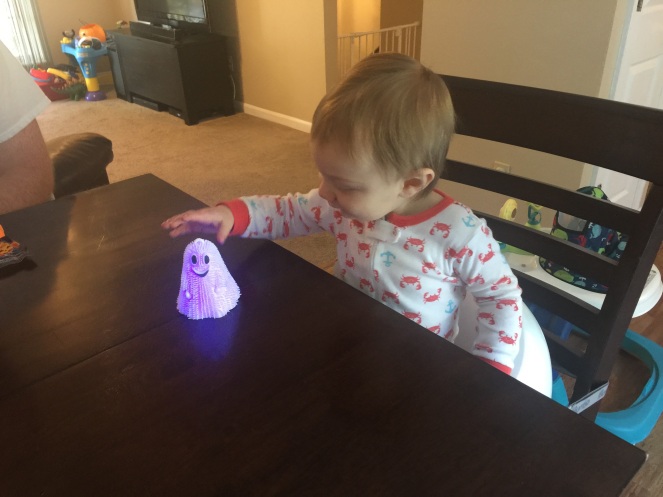 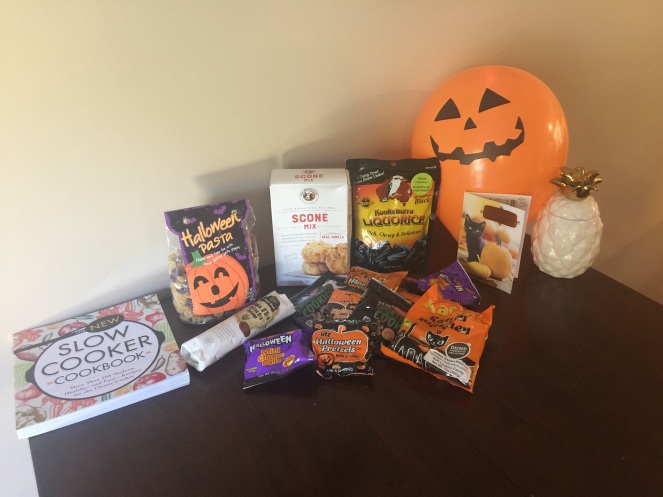 Balloons are still his thing, and he was tickled when Dad blew up the pumpkin balloon. 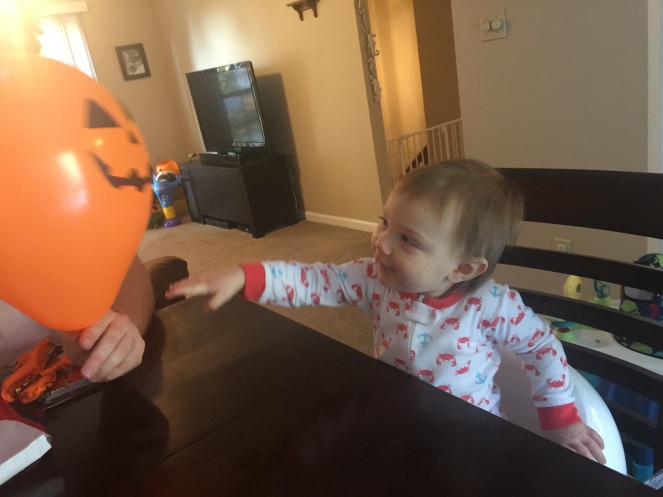 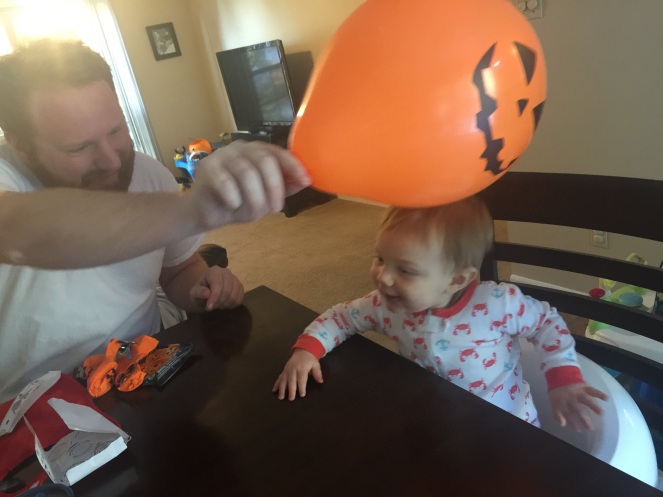 This year, St. Louis had a chilly Halloween.  The temperature stayed in the upper 30’s for most of the day.  In the afternoon, we enjoyed some fall foliage standing on the deck at our soon-to-be new home.  We met Dad there to look at flooring samples for the hardwood he is going to install. 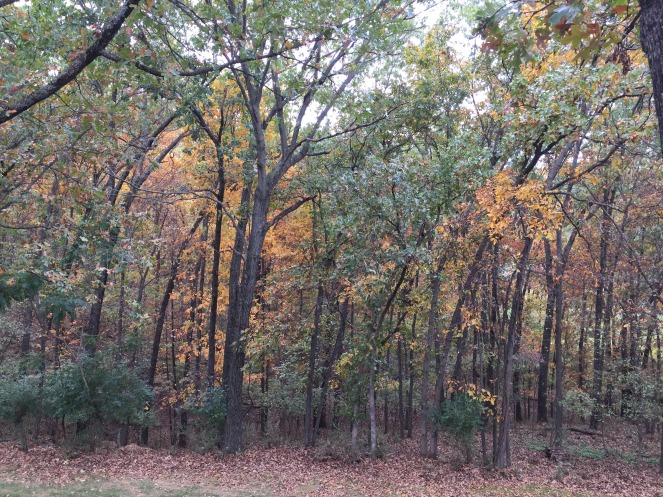 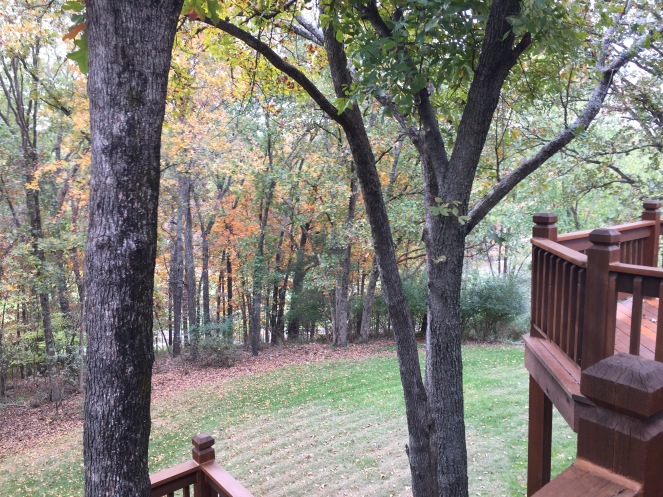 For dinner, we had Halloween pasta shaped like bats, witches, and pumpkins.  After dinner, it was time to get little Michael into his costume.  My sister-in-law, Jenny, gave him an adorable Paddington Bear toggle coat last year.  She knew I would like it for little Michael because it’s very nautical!  But it also made the perfect Paddington Bear Halloween costume!  It even came with a “Please look after this bear” tag. 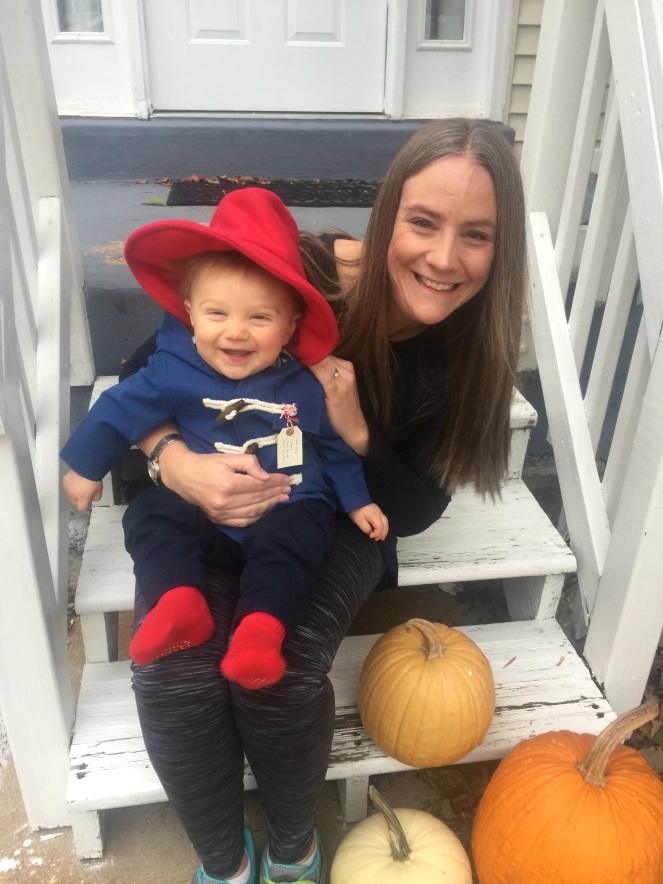 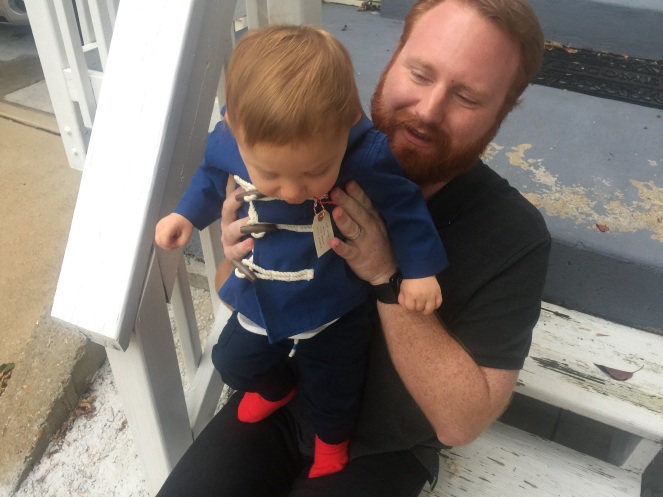 I found some blue pants at Target, red socks, and the perfect floppy russet hat from Etsy.  He was not very pleased to find a hat on top of his head!  When I was holding him, Michael took the pictures super fast because he knew our little one was not going to last long with a felt hat on his head. 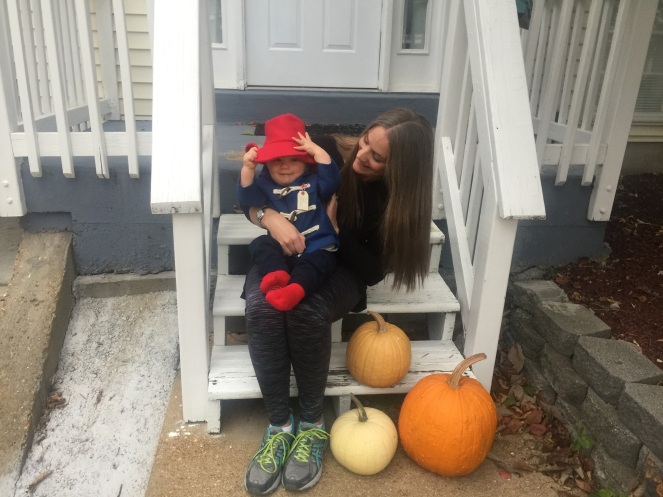 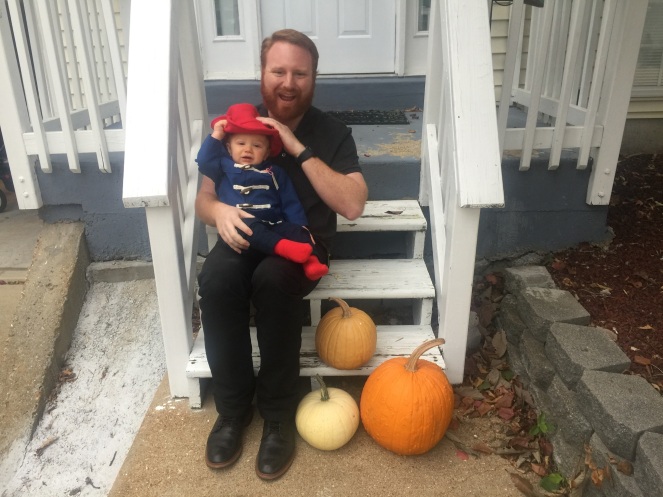 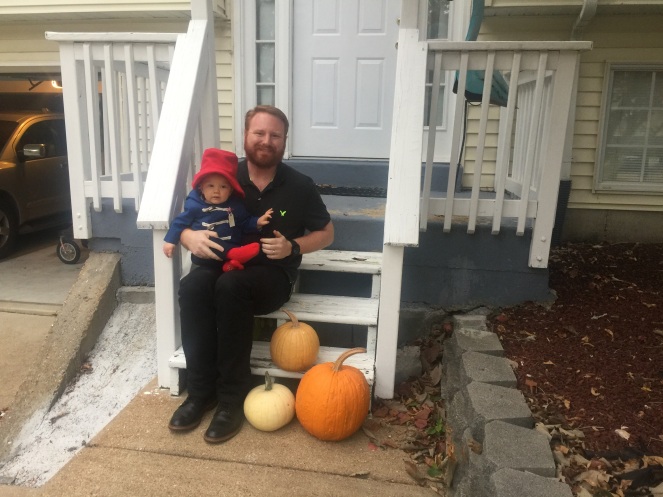 In the picture below, he gave us a big smile and showed off his teeth! 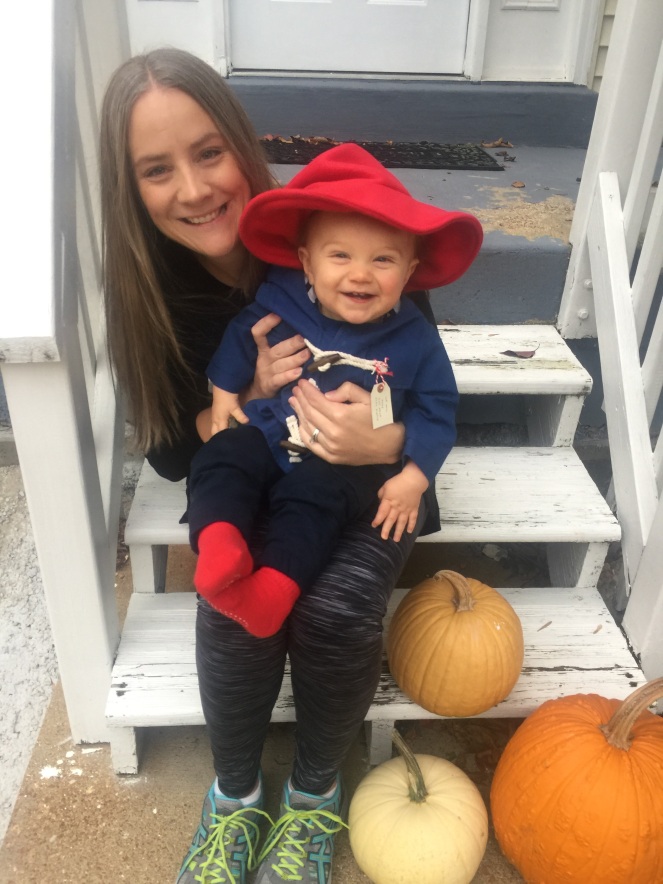 Our street is a long cul-de-sac and everyone hangs out in their driveways for trick-or- treating.  Michael hung up the glowing balloons from my mom in a tree in our front yard.  Little Michael had fun watching them float around in the dark. 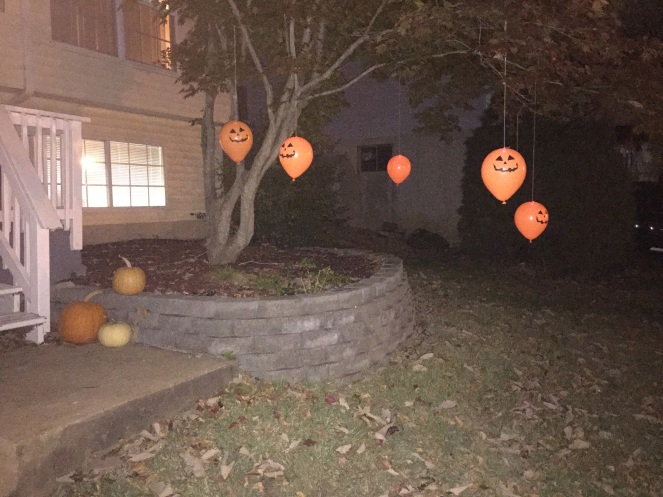 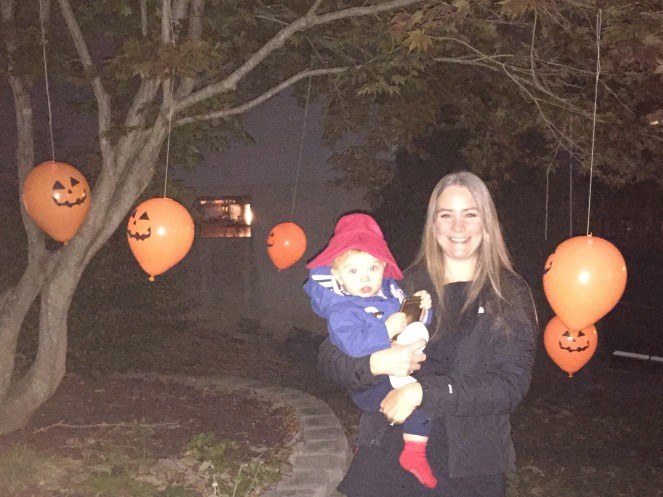 It was a terrific first Halloween with little Michael, and now we’re looking forward to his first birthday!

One thought on “Michael’s First Halloween”