We had a terrific time spending the week of Valentine’s Day in my hometown this year.  Michael had to travel to Cincinnati and Houston for work, so I was able to fly down to Texas with little Michael to visit my family.  It was a delightful time to be at home because all of Michael’s little cousins made him adorable Valentine’s cards and were so happy to spend this special day with him. 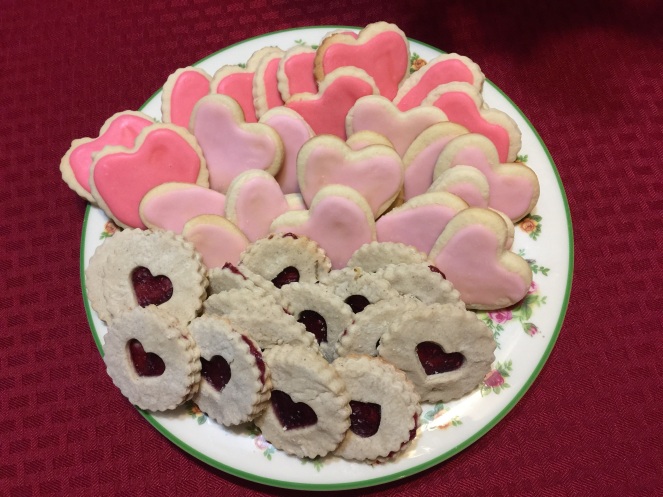 I flew into San Antonio on Monday, and stayed until the following Tuesday.  This was my first trip flying solo with our little one. Since I was going to be on my own, I decided to check the car seat and stroller along with our baggage. I put the stroller in a bag similar to the one I use for the car seat, and the stroller arrived in baggage claim in tiptop shape. All I had with me in the airport was a small backpack on my back and little Michael in the front carrier.  One thing I had with me in my backpack was disposable changing pads for diaper changes on the icky airport restroom changing tables.  What a terrific invention!  The disposable pads were long and wide, and covered nearly all of the fold out changing tray surface.  Little Michael squirms around a lot during changes, so it was nice to have that underneath him.

Little Michael did really well on all of our flights.  During take off and landing, I was either nursing him, giving him a bottle, or letting him have a pacifier.  This seemed to keep his ears from hurting due to the pressure changes, but he did get a little fussy when the plane started descending.

In Texas, we had all sorts of adventures, including walking in a 5K, antique shopping, and meeting some relatives for the first time. Little Michael and I were joined by my mom, my dad, two of my nieces, and my sister, Lisa (who ran it), and we all participated in the Love Your Heart 5K in New Braunfels. Little Michael even got his own medal!

Here’s little Michael just chilling in his stroller after the 5K.

I was really happy he was able to soak up some sun.  This winter, we seemed to have a lot of cool and cloudy days in St. Louis.  It was great to let little Michael enjoy the outdoors in Texas without being all bundled up and covered from head to toe.

Michael slept very well in the crib my mom set up for him.  She even put little animal friends in it for him to smile at. 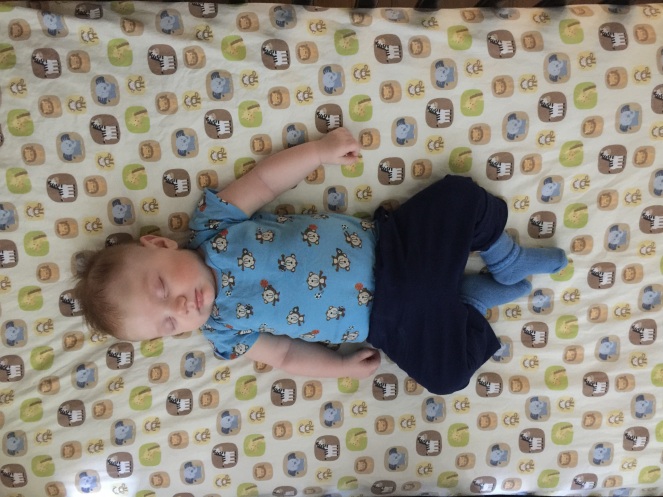 The weather was clear, dry, and comfortably cool or mild for almost the entire trip.  On one morning, my mom and I walked little Michael downtown to meet up with one of my sisters and her three girls to do some antique shopping in New Braunfels.  It was his first time to peruse an antique store with the ladies. 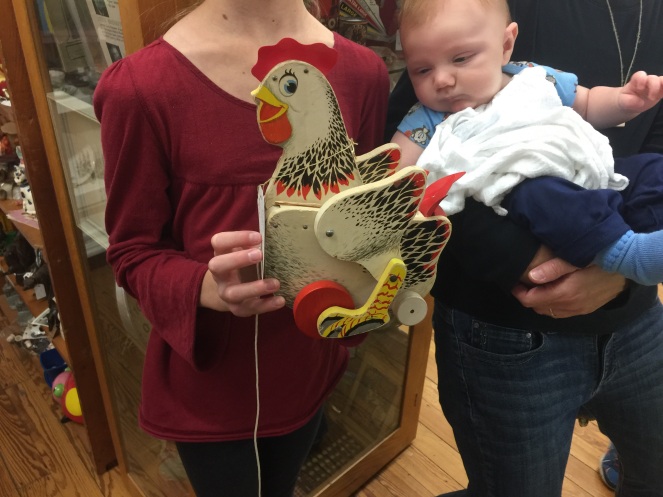 After shopping, my mom treated us to coffee and sweets at 2tarts Bakery.  Tante Mary kept little Michael entertained with the sprinkles they had at every table. 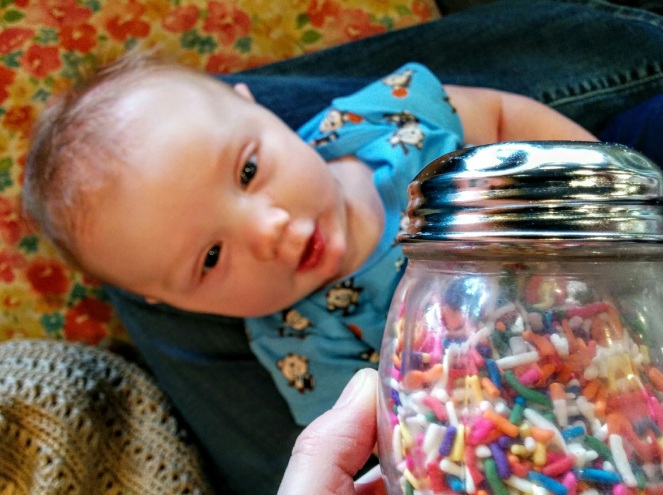 On Valentine’s Day, I had the opportunity to indulge in some delicious heart-shaped scones made by one of my nieces.  My mom always put together pretty breakfast ensembles, and little Michael loved staring at the colorful tablecloth and the hearts on my coffee mug. 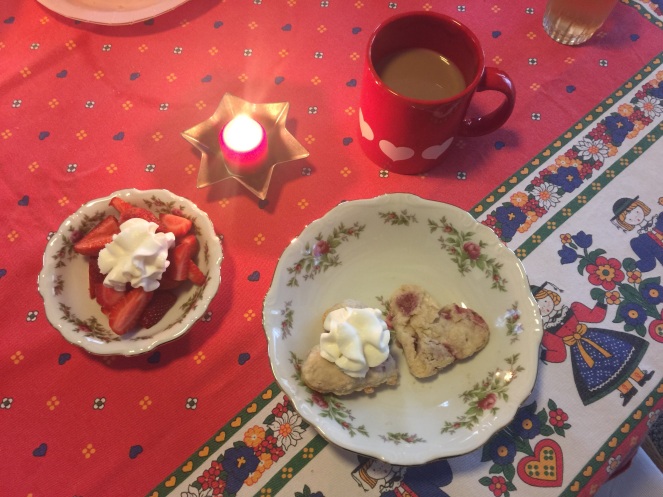 We had a wonderful time visiting all of Michael’s Tante’s houses, where his cousins loved to take turns holding him or serenade him with beautiful music. 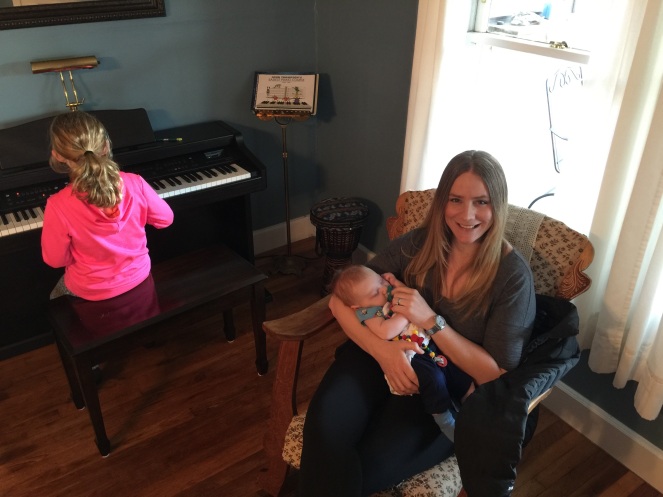 Michael took time to pose with his Uncle Richard next to some Texas Mountain Laurel after Mass.

And he enjoyed sitting at the dinner table with his Uncle Casey.

Another first little Michael enjoyed during our trip to Texas was when my mom and sisters gave him a bottle.  He’s come a long way with taking a bottle.  It still takes a little while for him to finish one, but he’s gotten pretty good at it.

Before my return flights to St. Louis, I did some research on breastfeeding in airports. I was happy to find that two of the airports had rooms specifically for this purpose.  The San Antonio and Dallas airport have designated lactation rooms which were clean and comfortable.

In San Antonio, I had a little time before departing, so I nursed him in one of the two “lactation stations” now located past security in both of the terminals.  It was a literal pod, in a very ostensible location smack dab at the end of A Terminal, between Gates 16 and 17.  It looked like a giant plastic phone booth. I wanted to stop and take a picture from the outside, but there were so many people sitting around the area waiting on flights that I just quickly made my way into the pod with little Michael and got down to business.  You can check out some short articles with pictures of the lactation stations here or here.  I took the pictures below from the inside of the pod.

The lactation station had a shelf on which to set your things, and a bench on the other side to sit on. Since it was just a small pod, there was no changing table or restroom in it.  While it would’ve been very convenient to use the restroom, change little Michael, and nurse all in the same private location, I can totally understand why they want to keep restroom stuff out of the nursing room!  I was really happy that the airport had this amenity, and my only complaint (not really a complaint, but rather something I think I would have done differently if I had been in charge of putting a lactation pod in the San Antonio airport) is the location.  There were so many people sitting around the little pod, and it felt kind of funny walking into it with little Michael.

The Love Field airport in Dallas had a much better set-up.  Here, the nursing room was a built-in room, just like a restroom facility.  I had no trouble finding it when I arrived in Dallas; the sign outside the door displayed the international breastfeeding symbol with the words “Nursing Room” right beside it.  It was located directly across from the airport’s playground near the Southwest gates in the Stem next to Sky Canyon restaurant.  I had a two hour layover in Dallas, so I was really happy for both the playground and the nursing room.  I sat with Michael in the playground for a while, and he really enjoyed watching the kiddos play and run around. Then, about half an hour before boarding, I used the nursing room.  This one had two leather rocking chairs with ottomans, a sink, and a changing table.  I was impressed when I noticed that the changing table even had a plentiful supply of disposable changing pads in it!  I didn’t need to use the ones I had packed.

Here is a picture of the Dallas nursing room. I know, I know, I shouldn’t have left little Michael on the changing table like that to take a picture.

And here is a shot from the playground right across the hall.  It’s called the Lil’ Love Lounge and is also located in the Stem. I couldn’t take a picture of the actual play equipment because there were so many kids playing. It was really cute with airplanes and slides for the little ones to play on. 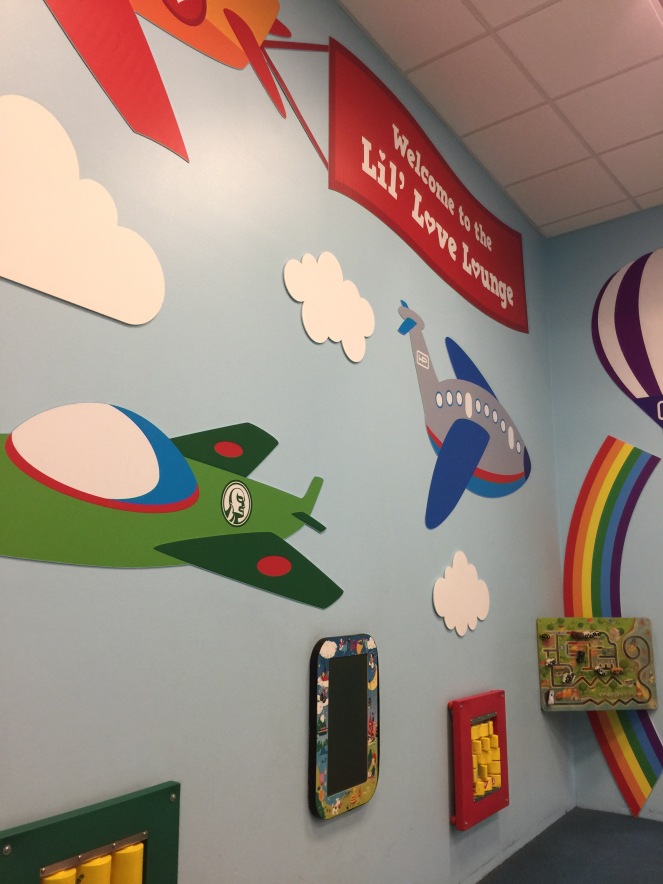 I’m very proud of how little Michael handled our first solo flying days, and I hope our next flights will go just as smoothly.  You never know with a little one! 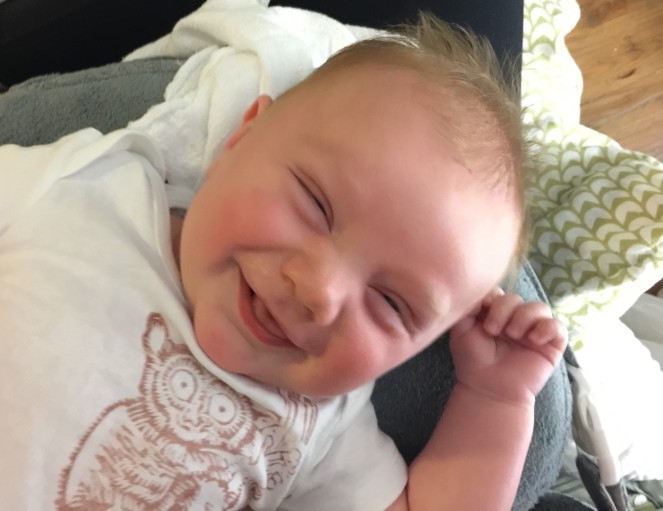 One thought on “Deep in the Heart of Texas”