After little Michael was moved to the Special Care Nursery, my nurses helped me relocate to a postpartum room.  While I was getting settled, Michael took the opportunity to drive home and let our dogs out.  Kaiser and little D had been cooped up in their kennels for almost 24 hours by this point.  I’m sure they were very happy to see Michael coming to feed them.  Amazingly, he did not have to clean up any accidents in their kennels.  They must have understood that their humans were away from home doing something very important!

I did not sleep at all once I made it to my room.  I spent the time while Michael was out lying in the hospital bed, waiting for my left leg to wake up.  The nurses told me I could go be with little Michael as soon as I showed them I was able to stand up and walk around on my own after the epidural.  It was about 1:00 or 2:00 a.m. when they helped me get into bed.  I could sort of lift my left leg up, but I could not hold it up or move it much more than that.  The right leg took a lot less time for the numbness to wear off.

Michael came back around 4:30 in the morning.  He was going to get me a hamburger, fries, and milkshake from McDonald’s while he was out, but ended up bringing me their breakfast offerings instead.  The 24-hour location he found was only serving breakfast.  Since I was still unable to master movement of my left left, I ate sitting up in bed.  I was starving and the meal tasted really good, but all I could think about was getting down to the nursery to be with little Michael.  It just felt strange being in my room without our little one.  After all we had gone through, I was ready to see him, hold him, and love him!

I was finally able to get up and walk on my own around 6:30 a.m.  Michael and I walked down the hall to the elevators together, and I had to hang onto his right arm.  I was still a bit unsteady.  I was also still in my hospital gown, wearing the previous day’s makeup.  None of this mattered at the time, all I wanted to do was get to little Michael.

When we walked into the Special Care Nursery, one of the nurses who had been in the delivery room called out to us that we had a really cute one!  We found our son lying in his bassinet under a cozy and warm heat lamp.  He looked so comfortable and peaceful, even with all of the tubes and cords.  His IV was attached to his right hand, and he had a cushion taped under it to hold it in place.

We gazed down at him and admired him, commenting on his remarkable head of hair, long legs, adorable nose, and precious chin.

The nursery probably had about 30 babies in it.  Each baby was in a bassinet at a numbered station.  Family members could pull together curtains to enclose the station and spend private time with their little ones.  The wonderful nurses helped us settle in to spend time with little Michael.  They brought us rocking chairs and updated us on his status.  He was in the nursery to receive antibiotics and be monitored for infection.  We were happy to hear that he was doing well and had spent the first 5 hours in the nursery fast asleep.  Michael and I were really touched by the care and love we observed the nurses showing to all the babies in the nursery.  I could see that our little one was in good hands.  They were extremely attentive to both the babies and their parents.  The nursery was filled to capacity and an overflow room had been opened, but you wouldn’t have known it watching how kind and thorough the nurses were with the babies. 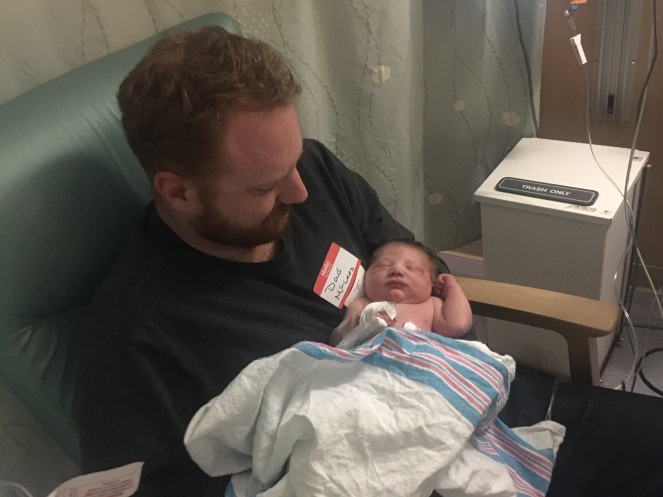 Little Michael’s nurse bundled him up in a swaddle after he fell asleep.  He looked so peaceful and cuddly.  It was difficult to leave him!

After our first visit to the Special Care Nursery, the nurses would call up to my room whenever little Michael woke up and seemed hungry.  I would go down to the nursery, usually with Michael, and try to nurse him.  Holding him was sometimes difficult with all the cords.  I usually ended up moving one of the monitors on his chest and causing a loud alarm to go off!  Most of the time, we just sat and held our son.  It felt so good to have him in my arms.

We loved watching him be alert and look around the room.  He seemed mesmerized by the blinking lights on all the monitors.

Tuesday and Wednesday passed very quickly.  On Wednesday morning, we were in the nursery for the doctor’s rounds.  We were so happy to hear from the doctor that our little one would be able to go home in the evening!  His IV was removed, and all of his lab work came back negative, so he did not get an infection.  I was allowed to stay in my room until Michael was ready to be discharged around 5:30 p.m.  I was grateful we would both be discharged on the same day. 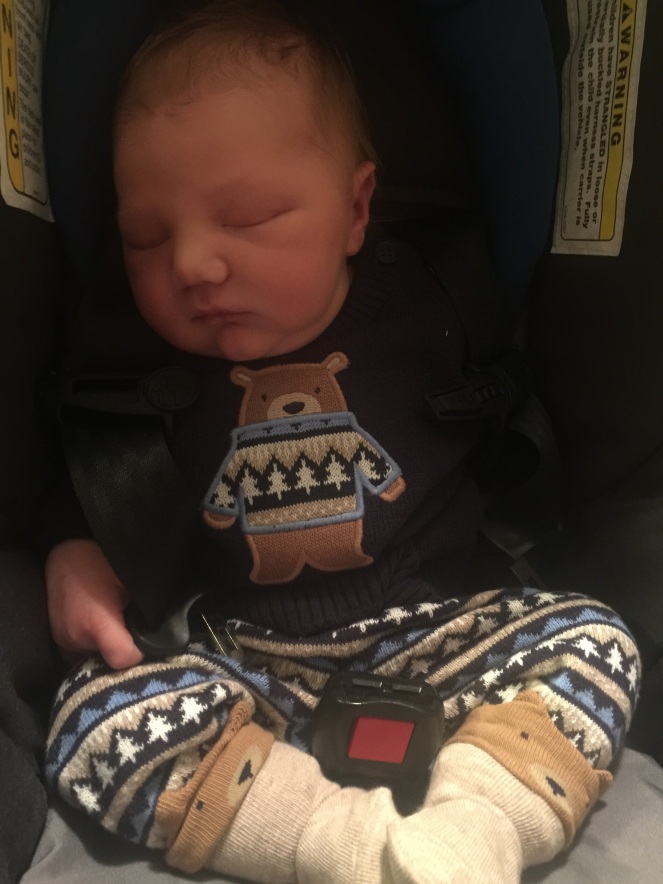 When the time came to get ready to go home as a family of three, I dressed little Michael in the going home outfit Michael got for him.  The McLees family has a fun tradition- the new dad gets to pick out a going home outfit for the new baby!  He wore an adorable blue sweater with a bear on it, cozy pants, and cuddly bear socks.  All the nurses in the Special Care Nursery commented on how cute he looked in his first outfit.

We were happy and thankful to be going home with our healthy baby boy! 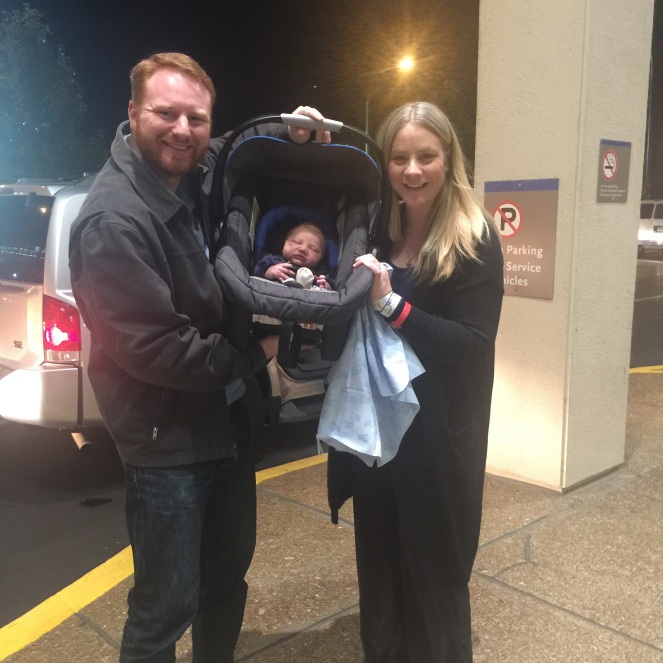 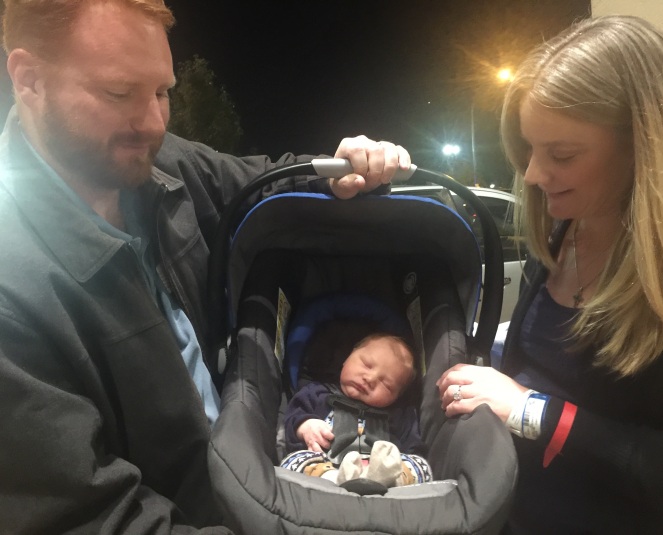